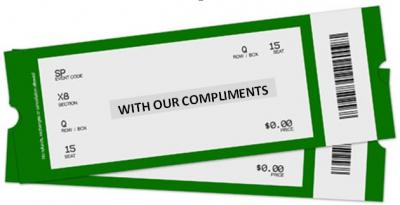 New rules have been announced by the California Fair Political Practices Commission (FPPC) regarding complimentary event tickets issued by the campus to certain donors and friends of the university.

These rules apply only for tickets issued for entertainment, amusement or recreational events, such as football games and Cal Performances events. These rules are separate from those required to comply with IRS rules.

For donors and friends of the campus, including their spouses and guests, who are required to file Form 700s with the FPPC, the campus is now required to report the filer’s receipt of the tickets along with the ticket’s fair market value to the FPPC, who, in turn, will post the filer’s name and ticket information on their web site.If the Form 700 filer does not want his or her name posted on the FPPC’s web site, the filer may choose to self-declare the tickets as a gift.The Form 700 filer has 30 days from the event to inform the campus Conflict of Interest Coordinator that they prefer to self-declare.If the Conflict of Interest Coordinator does not receive notice of the desire to self-declare, the information will be reported to the FPPC.If UC Berkeley reports the Form 700 filer’s receipt of the tickets, the filer does not report the tickets as gifts.

A simple graphic explanation of the new rules, including those for UC Employees is found in the EventTicketsRules2020.pdf.